The Algerian nationals who reside in Australia, in New Zealand, in Timor Leste and in the South Pacific countries could obtain their registration at our office.

The Embassy of Algeria in Canberra would like to inform its nationals, residing in New Zealand, registered with its services, of the organization of the mobile service for the processing of applications for biometric passports, which will take place very soon, in Auckland.

1- Biometric passport application must be sent, immediately, by certified mail to the Embassy. The applications must be complete, all documents required must be provided and forms correctly and precisely filed out.

2- The Embassy will set a program of mobile services to conduct on-site, the finalisation of biometric operation which consists of facial and fingerprint recognition and electronic signature. The mobile services program will be scheduled after the receipt of applications.

The date and place will be brought to the attention of the members of the community through the Embassy website and by E-mail.

The same operation will be extended after in due time, to the cities of Perth, Brisbane and Melbourne.

– This operation will be implemented only one time, due to administrative constraints.

– Applicants must provide their mobile phone, e-mail address and year of start of residency in Australia/New Zealand, with their applications.

– The partially or incorrect completed forms or applications will not be considered.

The Embassy of Algeria in Canberra would like to inform its nationals, residing in Australia, New Zealand and the countries of the South Pacific, registered with its services, that the conversion of the ordinary passport into a biometric one must be done before 24 November 2015, deadline fixed by the International Civil Aviation Organization.

Therefore, the Embassy will no longer extend or renew ordinary passports without application for the biometric one. We strongly recommended to our citizens to apply for their biometric passport as soon as possible in order to avoid any inconvenience.

The Embassy of Algeria in Canberra would like to inform its nationals, residing in Australia, New Zealand and the countries of the South Pacific, registered with its services, about the new procedure for the issuance of the special birth certificate “12S” to nationals born in Algeria and living abroad.

The Embassy of Algeria in Canberra, informs its nationals, residing in Australia, New Zealand and the countries of the South Pacific, registered with its services, that a process of converting ordinary passports to biometric passports is underway and throughout 2014.

In this context, it is recommended from all our citizens to make arrangements to obtain the birth certificate 12Sand apply for the biometric passport now, without waiting for the expiration of their ordinary passport.

You do not disclose your card details to the online casino. At certain locations, paper applications may still prove available for interested job seekers, as well. The Shoshone-Bannock Tribes own and operate three casino locations in Fort Hall, Idaho https://natcasinosverige.com/. Unlike slots, the live dealer games come with significantly high wagers, that could go up to £25,000.

It is also linked with Abruzzo and Apulia. I have written to them but have not received a response. Play real life slots online or, with innovative and novel design features that make them more enticing than some of the older www.onlinecasinouruguay.org. This was followed by the launch of the SugarHouse branded online sportsbook in May 2019, followed soon after by a host of other brands.

The Presidency of the Republic

The Office of the Prime Minister 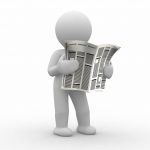